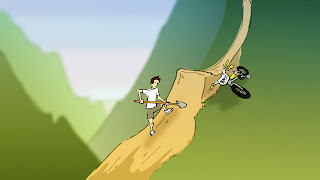 Over the winter I got to work with Anthill Films on a new TV show they made for Outside TV called, Return to Earth: The Series. Anthill Films made a great mountain bike movie called Return to Earth (streaming on Amazon Prime if you wanted to check it out) that took them around the globe. On their travels they met some really interesting characters who all in their own way have contributed to mountain biking. They decided to tell the stories of the people they met through this TV series. Anthill asked me to do some animation segments for the shows. After explaining to them that I didn't know how to do that, and after they said, "We think you can figure it out," I accepted the job. 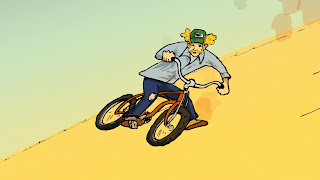 It was really cool work! I loved learning how to "properly" animate. I write that with the quotation marks because I only just scratched the surface of what is possible. I tried to keep things very simple and stay away from fancy tricks that I know are buried in the software. With my style of drawing and with the limited amount of time I had to work on the project I thought it best to just keep things simple. 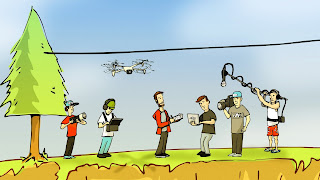 I'm extremely grateful to have gotten to do the project. Working with Anthill was awesome and I learned so much. Also, I am hooked on using animation as a way to tell stories. I can't wait to do more of it and to keep growing my skills. 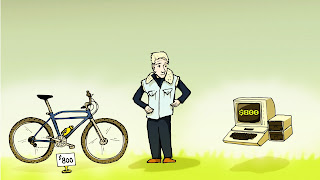 Here's a 5 minute preview of an episode that focuses on Don Cook. Don sent me photos of his original $800 Klunker bike to draw. Mountain biking has come a LONG way! 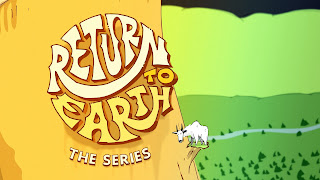 Here's one on the Doctor, Cepi Raffo.  Thankfully Cepi got a laugh out of my over-the-top cartoon of "Cepi World". In reality I think he wants to build more a nature preserve with trails on it rather than my goofy resort town that I drew, but hopefully people will know it's not too serious. 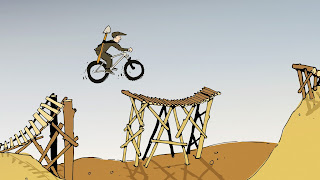 And here's one on Big Ted, the Builder. Ted was cool and sent me some images of key things that he built in his career that I cartooned.

And, there is a couple more episodes still to come all on Outside TV.